Statement on the NATO Summit 2022

The International Coordinating Network stands with the people of the world condemning the upcoming summit of the North Atlantic Treaty Organization (NATO) in Madrid. We call for the dismantling of NATO in order to demilitarize Europe and to fight for the building of a just peace.

Around the world, NATO states maintain an intricate network of military bases and military installations, from the UK to Saudi Arabia to the Philippines, which violate national sovereignty and cause environmental damage and social disruption.

NATO continues to destabilize sovereign countries and prop up reactionary and fascistic governments across Europe, including in Poland, Ukraine, Turkey and Hungary.  NATO gives unwavering support to Israel’s genocidal occupation of Palestine, and NATO member Turkey has initiated military aggression in North and East Syria and in South Kurdistan (Northern Iraq) in a brutal war to eliminate the Kurdish people. NATO members also led the so-called Operation Ocean Shield that harassed and displaced fisherfolk communities in Somalia and have assisted African Union forces in cracking down on people’s movements in Sudan and Burundi.

The prolonged armed conflict today between Ukraine and Russia can be traced back to NATO’s very beginnings, with its founding policy explicitly to surround and contain Russia. This has led to NATO’s military build up in the Black Sea and Mediterranean including US bases and use of bases in Greece and Cyprus; dozens of annual military exercises involving tens of thousands of forces and nuclear-armed ships in the Mediterranean, Arctic, and European countries surrounding Russia; and recruitment of former Soviet republics neighboring Russia into the alliance since 1999.

The Russian military entry into Ukraine was preceded by a series of provocative and aggressive actions by US-NATO forces and deadly attacks aganst the independent Donbass republics. This has included the sale and transfer of weapons to Ukraine, large-scale air exercises in the country, flying US aircraft over Russia’s borders, sending the UK navy’s air-defense destroyers, statements about minstrengthening NATO’s flank in Romania and Bulgaria, and last but not least the open invitation for Ukraine to join NATO.  NATO and the US continue to stoke the fires with a continuous export of arms to Ukraine, with an additional $1 billion dollars in military aid pledged by US President Joe Biden coinciding with the NATO Defense Ministers meeting on June 16, bringing the US total to $56 billion since February.

NATO also pushes the bogus line of nuclear deterrence, essentially supporting the nuclear build up of its nuclear-armed members and even preventing its members from signing the TPNW (Treaty on the Prohibition of Nuclear Weapons).

To support its insatiable hunger for militarism, NATO continues to demand larger military budgets and greater military spending from each of its member states, leaving much-needed social services for working people chronically underfunded and stripping budgets for health care even in the midst of a global pandemic. NATO members are expected to spend at least two percent of their GDP on defence. At the Eurosatory arms convention last week here in Paris, President Macron of France indicated his willingness to fall in line with this trajectory, stating that France must shift to a «war economy.»

The United States contributes the largest share of NATO’s budget, followed by the United Kingdom, Germany and then France. The French military budget is slated to be €50 billion in 2025.

The people reject NATO as a tool of US-led war! NATO and its proponents will never achieve real peace and security for the masses of the world. The people can only attain a genuine just peace by organizing for justice and social equity and by forging solidarity amongst peoples, including the recognition of the right to self-determination, economic, and food sovereignty, and self-defense of nations and oppressed peoples from reactionary violence, including US and NATO-led aggression.  Peoples movements are already forging this path by fighting to close NATO bases, opposing joint military exercises, and causing disruptions in cities hosting NATO meetings and much more.

As the heads of NATO gather for their Summit in Madrid, we must take to the streets in Madrid and worldwide to demand the dismantling of NATO, an end to imperialist wars and the removal of all foreign troops currently occupying countries without the consent of the people! We pledge to build a movement that fights for a just and lasting peace in order to end all wars of aggression, defend self-determination and free the people!

Statement on the NATO Summit 2022 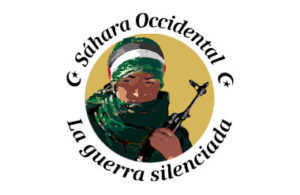 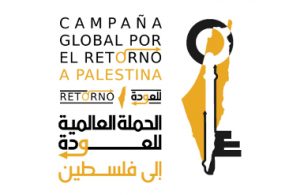